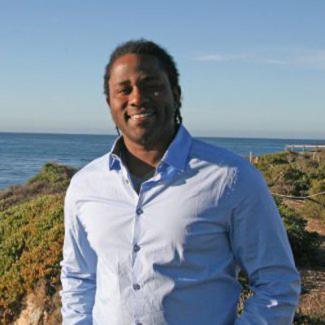 Justin grew up in Chicago and as a child was able to spend his summers at summer camps in Wisconsin.  Being able to spend multiple weeks outdoors as a camper had a profound impact on his interest in studying the outdoors and protecting the natural environment.  As an undergrad, Justin decided to major in Spanish and Biology to pursue his goal of becoming fluent in Spanish and also protect the natural environment.  During his studies, Justin decided that a path that would allow him to combine his passion for studying the environment and Spanish would be to study Tropical Biology.  After receiving two bachelors in Spanish and Biology in 2006, Justin went on to pursue a PhD in the labs of Dr. Ingrid Parker and Dr. Greg Gilbert at the University of California Santa Cruz in Santa Cruz, CA in the fall of 2007.  His PhD focused on understanding how trees used for forest restoration negatively suppressed the regeneration of the invasive grass Saccharum spontaneum in Panama.  In addition to receiving his PhD, Justin also complete a designated emphasis (masters equivalent) in Environmental Studies in 2013.  After finishing grad school, Justin pursued a two year post-doc in the lab of Dr. Steven Oberbauer at Florida International University in Miami, FL in fall of 2013.  His work focused on understanding how water level and seasonality affected ecosystem carbon flux in short and long hydroperiod marshes in the Everglades.  After finishing his post-doc in 2015, Justin was hired to be the director of the UCSC Doris Duke Conservation Scholars Program and currently holds the position of Program Director.