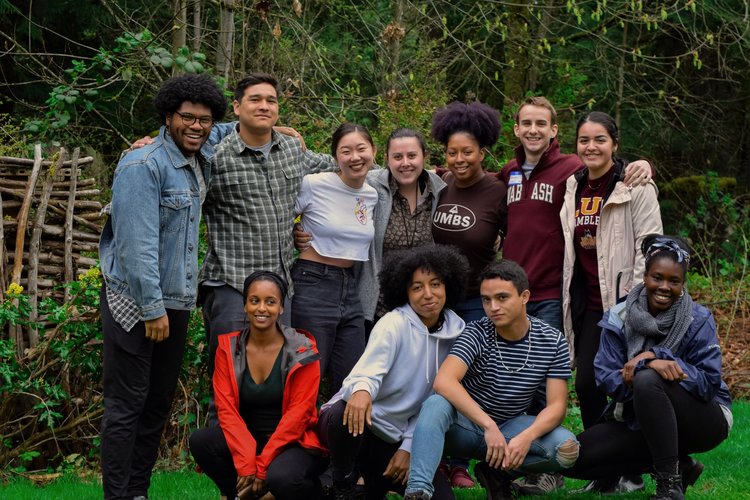 By far one of my favorite experiences while in college was my summer internships with the Doris Duke Conservation Scholars Program (DDCSP). Through DDCSP I met people of color from around the country who were also passionate about social change and conservation.

But by now the post-graduation blues have hit hard. And, unlike the pre-graduation blues of frantic enthusiasm and angst, the post-grad blues are less cute and more existential. I take comfort in the knowledge that all of my friends who have graduated before me have also faced this quarter-life crisis. And even though using my two majors and minor from a tough school to box pizzas and wipe down tables still sucks, the solidarity with my peers is helpful.

After graduating though, that solidarity has been hard to hold onto. My friends are scattered across the country partly because I went to a large out-of-state university and partly because I made a strong group of friends through DDCSP. This means that though we support each other through FaceTime rehearsals for interviews and group messages dissecting screenshots of Tinder nightmares, my day-to-day reality hardly resembles the meaningful and cross-cultural social network I’ve actually created for myself. Homecoming was an opportunity to learn about new social change processes and methods, but it was also a time to reconnect with loved ones I hadn’t seen in months or years and without this chance wouldn’t have seen again for far longer. I joked with my closest DDCSP friends without skipping a beat. Even people I hadn’t spoken to since the program ended surprised me with their own personal growth and with the newfound connections made during Homecoming weekend.

At DDCSP Homecoming I witnessed a land acknowledgment for the first (and second, and third…) time, and a workshop with the organization Uprooted and Rising presented a model for fighting big food in higher education, an issue I hadn't thought about that much before.

I got to explore a new city and a beautiful island, meet people from different programs, interact with new program staff, and learn more about what my peers are up to in their respective cities. Even friends with full-time conservation jobs are going through some of the same young-adult struggles and it was nice to have a space to finally laugh about it all. One of my favorite moments from the weekend was the final gathering where people shared out ways they hoped to collaborate further with the larger DDCSP network. As an introvert, I was already proud of myself for the handful of new connections I’d made over short conversations and mutual Instagram follows, but this last group conversation gave me an opportunity to push myself. I look forward to creating a dope community with the new DDCSP book club (still in beta)!

Ultimately (and at the risk of sounding utterly cheesy), DDCSP Homecoming weekend gave me a positive vision for what I want my life to look like. One night as I looked around a dorm lounge filled with intelligent people of color laughing and dancing, I thought This is what I want. I want to be around people who are working hard to make the world better, safer, more livable and more equitable. And I want to be around people who are thriving while doing so. We talked a little bit about Octavia Butler and Afrofuturism during our time together, reminding us of the importance of positively reimagining the future. These positive visions of the future are imperative for meaningful social change and also for hope, and I gleaned a bit of that this weekend.

Big thanks to all the Environmental Leadership Program staff and DDCSP staff and alums for making it such a memorable weekend.

About the Author: Sydney is an environmentalist and creative. She is passionate about storytelling, mountains, and vegan pesto.