Recently, I moved to the Philippines to serve as a Peace Corps Volunteer in the Coastal Resource Management sector. I work with the Provincial Government and Natural Resources Office and the Disaster Risk Reduction and Management Office in my assigned province! 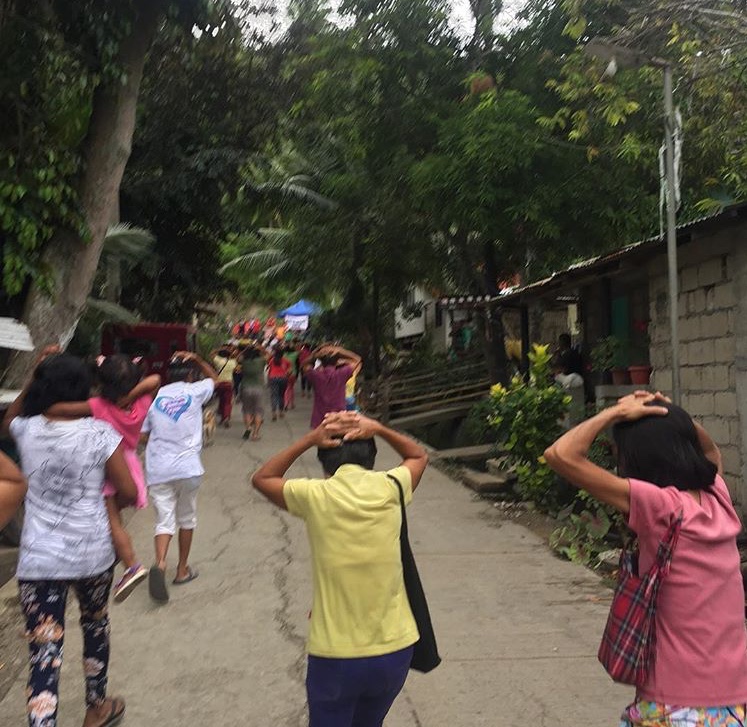 Last month I attended a meeting to brief community members of a rural barangay (native Filipino word for village) on earthquake and tsunami preparedness and response. The turn out was incredible. What struck me was that over 90% of the audience were women and their children, this is because most of the men work as fishermen or in the mountains as farmers. When disaster strikes, odds are that these women will be on the frontlines. In remote areas, it is also likely that in the event of a disaster, landslides would restrict road access to the coastal town, leaving the local community to respond on its own for at least the first several hours or days. Building capacity is crucial! 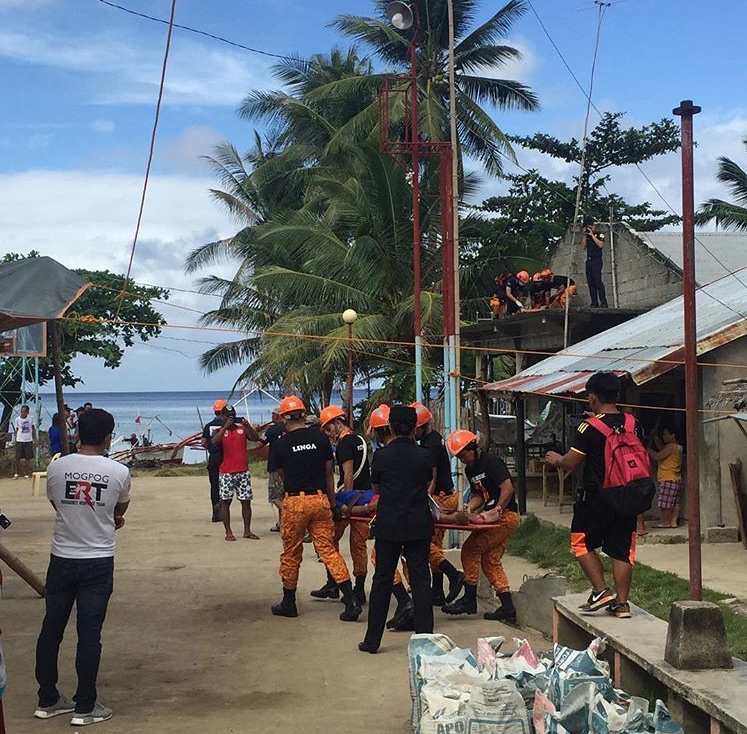 Bright and early the next day participating stakeholders prepared for the community-wide drill. At 8 am the siren sounded. Everyone ducked, covered, and held on. After a few moments, people began running for higher ground with their hands over the heads. Rescuers then rushed in to help the bloody victims that had been staged in various hard-to-reach areas. It was impressive to see the community's Emergency Action Plan in motion, demonstrating that disaster preparedness and response is most effective when the entire community is involved! 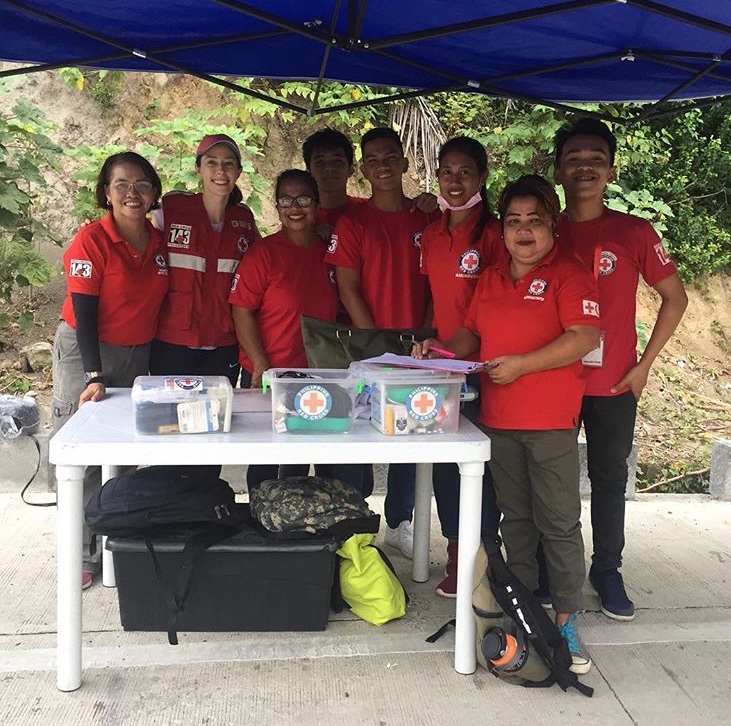